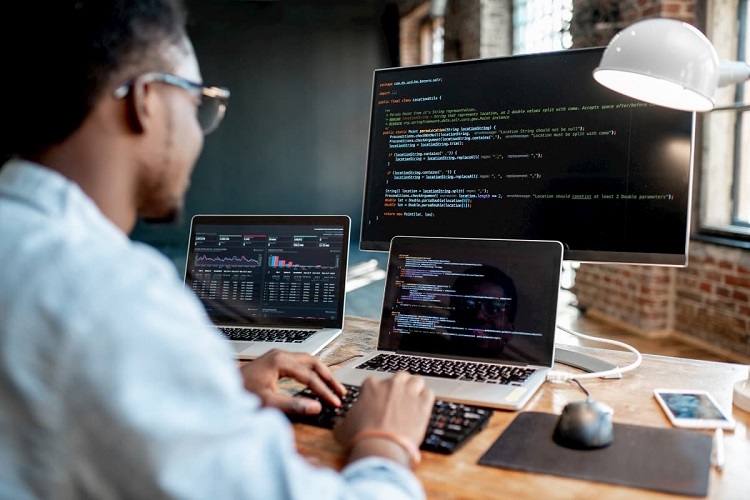 An in-depth look at just what’s hot in mobile app development reveals a phrase that keeps popping up all over the place: artificial intelligence (AI). Everywhere you look it seems like AI is the hot topic of the day. Developers want to incorporate it into their apps. Customers want guarantees that AI will push their particular apps over the finish line. But what does it actually mean? More importantly, what is the role of artificial intelligence in the future of app development?

The first of the two questions is not so easy to answer. In fact, InfoWorld’s Peter Wayner wrote in an April piece that “no one knows what the phrase ‘artificial intelligence’ means, and that helps the marketers.” He may be right.

The purely scientific definition of artificial intelligence implies the ability of a machine to simulate human thinking by executing code written specifically for that purpose. But calling this capability ‘artificial’ belies its actual ability to do what its name implies. AI is not really intelligent all.

The Merriam-Webster online dictionary defines intelligence as “the ability to learn or understand or to deal with new or trying situations.” Their definition includes:

AI as software code is not able to do any of those things. Software cannot reason. It cannot apply knowledge and skill because it possesses neither. AI certainly cannot think abstractly. So what, exactly, can it do?

In the simplest possible terms, AI does nothing more than analyze data. When mobile app developers at Austin-based iTexico integrate AI technologies into one of their projects, they write code capable of crunching data at unbelievable speeds, then producing output based on the resulting analysis. More advanced AI code may prompt software to predict future outcomes based on current and past data.

The thing about artificial intelligence, as Wayner pointed out, is that it is a great selling point for marketers trying to sell software development services. Who wouldn’t want a mobile app with AI built-in? What customer doesn’t want app developers to create a finished product capable of intuitively anticipating customer needs and meeting them in a timely fashion?

Wayner pointed out in his article that AI owes some of its popularity to the fading star of big data. In other words, big data as a selling point has run its course. The entire big data concept is now one software developers are struggling to make the best use of in practical ways. As a result, marketers have moved on from big data to embrace its replacement: AI.

The AI of the Future

iTexico developers and their counterparts at other software firms will continue working with AI technologies as long as customers demand them. But they know something most of their customers do not: that the future of AI is probably not in creating machines that can actually do what the Merriam-Webster online dictionary describes. Rather, it lies in creating better code that makes better use of the tremendous amount of data being collected on a daily basis.

There is little doubt that we exist in a data-driven world. How we use that data will determine the extent to which technology makes our lives better and easier. AI will be a big part of that, but not by creating sentient, thinking robots that will eventually take over the world. It will be through better ways of collecting and analyzing data to help us find solutions to the problems we are trying to solve.

Next Post When Promoting Your Business, Don’t Forget About Your Digital Marketing Efforts