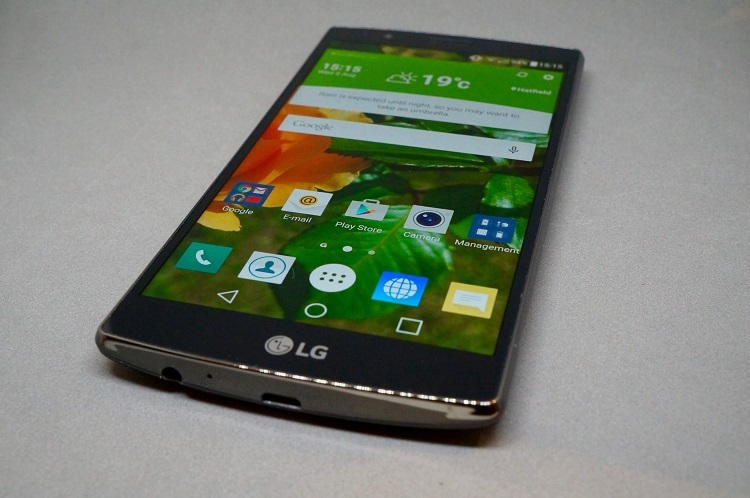 LG G4 is the next phablet under G series of LG. This phablet has the capability to impress everyone with its specifications. Although there is no official announcement is given for the specification of this smartphone but still it is creating a huge buzz on the social media. Last smartphone of this series G3 is going very successful in the market. The reason behind this is its features with competitive price. By looking at the previous model of this series we are assuming some specifications of LG G4.

This phone probably will come in the range of 43k – 45k. HTC ONE M8 is one of the most profitable smartphone at this range. So today I will compare the specs of these two smartphones. By comparing the specs I will also try to find out How LG G4 will affect the sales of HTC giant ONE M8.

LG is famous for implementing ultra-thin design in their smartphones and it is expected that LG G4 will come with ultra-thin bezel. HTC M8 looks pretty cool but its not that much sleek. Size of G4 will be around 5.7 inch. M8 comes in the size of 5inch.

If you want best rear camera then LG G4 will rock your experience by shooting ultra-high quality pictures. LG G4 will come with 15MP camera with auto focus and dual LED flash. On the other side HTC M8 comes with only HD camera. However picture quality is good but the experience of G4 will be far better than HTC M8.

But if you want to take awesome selfies then HTC ONE M8 should be your first choice as this smartphone comes with stunning 5MP camera with auto focus. While LG G4 will come with 3.2 MP camera only.

Mostly Smartphones are having low battery backup. And HTC ONE M8 has also decent battery backup. LG is working on this module specially to improve the battery backup to some good extent. It is possible that G4 will come with some bigger battery or some inbuilt battery saver app may also be present.

LG G4 will be coming in the year 2015. Still its predecessor G3 is giving tough competition to HTC ONE M8. If you look at the specs of both the phablets then you will find that LG G4 is leading on most of the factors. So it is almost confirmed that LG G4 will affect the sales of M8 through some extent.

Next Post A Taste Of Issues Faced By Computer Science Professionals